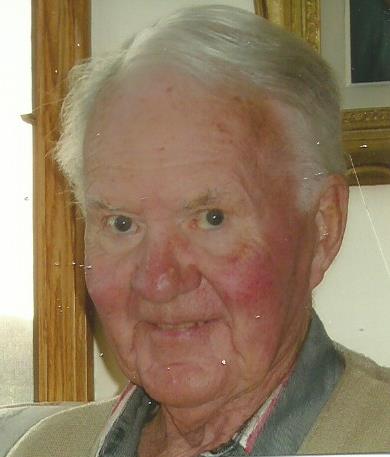 Passed away at McVean Lodge, Hanover on Friday, May 22, 2015 at the age of 94.  Beloved husband of the late Loretta (nee Briggs; deceased 2010).   He will be sadly missed by his sons Norman (Barb) of Meaford and David of Toronto, his grandchildren Kyle (Jenevra) and Joel, his great-grandchildren Adalyn and Lachlan and his cousins Hugh Brignell and Morgan Atkinson.   Predeceased by his son Peter McKay (1995).Ian McKay was born in Owen Sound on April 1, 1921 to Norman McKay and Catherine Ferguson Foote.   He grew up in Owen Sound and attended Dufferin School.   During the summer, Ian worked for the Owen Sound Transportation Company as a Watchman/Wheelsman on the S.S. Manitoulin.   After graduating from OSCVI in 1939, Ian worked for the Canadian Imperial Bank of Commerce until he enlisted in 1940.   In April of 1944, Ian married Jacqueline McCullough in Chatsworth (they would later divorce).   After he was discharged in 1945, Ian began law school at Torontoâ€™s Osgoode Hall.   While attending law school, Ian worked as a Student at Law for Jenner & Brunt in Toronto and spent the summers working at McKay & McAvoy in Owen Sound.   Upon completion of his law degree in 1949, Ian began practicing law in Meaford with Colin E. Bennett for a period of eight years to 1957; he then practiced solely until 1963 when D. Grant Scheifele joined the firm.   In 1982 Ian was appointed a Judge of the Federally Administered District Court of Ontario for Bruce County.   He then moved to Walkerton. In January 1983, Ian married Loretta E. Briggs in Owen Sound.   On April 1, 1996 at the age of 75, Ian retired as a Superior Court Judge.   Beginning in 1998, Ian served as a Board Member for the Pension Appeals Board â€“ Canada Pension Plan until his retirement from the Board on June 20, 2007.   Cremation has taken place.   A Celebration of Ianâ€™s Life will be held at 90 Bayfield Street, Meaford on Saturday, June 27, 2015 from 1- 5 p.m.   Interment of ashes in Lakeview Cemetery, Meaford.   Memorial donations to the charity of your choice would be appreciated.   Arrangements entrusted to Grey Bruce Cremation and Burial Services 519-371-8507.