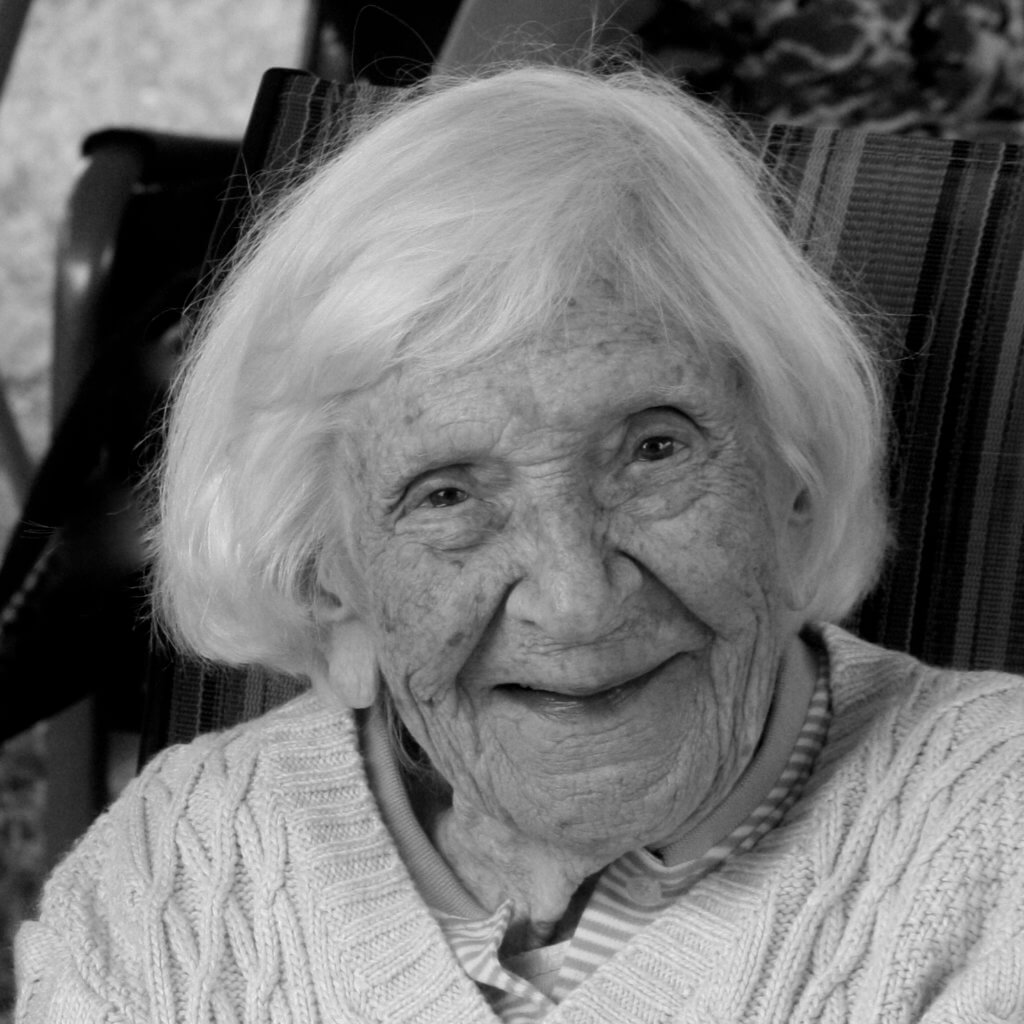 Passed away from a stroke, October 5, 2019, just three months shy of her 100th birthday. Beloved mother of Terry and Brenda, and mother-in-law of Paul Nicholson (Terry). Kate was born in Germany just after the end of WWI. Her family immigrated to Brazil in 1924 to escape severe economic hardship, and Kate grew up in São Paulo. At sixteen she went to work as a trilingual secretary (German, Portuguese and English), and worked for a variety of Brazilian and European companies over the next eighteen years, both in São Paulo and later Rio de Janeiro. She travelled to England in 1953 with her fiancé, Don Burns, and after marrying there immigrated to Canada with him. Kate worked for a while in Toronto, where her oldest daughter was born, then moved to Sault Ste. Marie where she had her second daughter. In addition to being very active in her children’s lives, Kate also enjoyed playing bridge and golf. At the end of her marriage in 1976, Kate went back to work (Algoma Glass) up until her retirement in 1985. At this point she moved to Mississauga to be closer to her daughters, and remained there for the next twenty years. In 2005, she moved again, this time to live with daughter Terry and son-in-law Paul near Owen Sound. In good health up until a small stroke, hip surgery and the onset of dementia in 2018, she moved to Country Lane in Chatsworth, ON where she passed away peacefully after a second stroke. She will be remembered by all who knew her as a kind, generous and lively person with a beautiful smile, warm sense of humour, and love for animals. Her family wishes to thank the staff at Country Lane for their professional and compassionate care over the past year. Family correspondence may be sent to 396652 Concession 2, RR 3, Holland Centre, ON, N0H 1R0, and donations in Kate’s name may be sent to the charity of your choice.