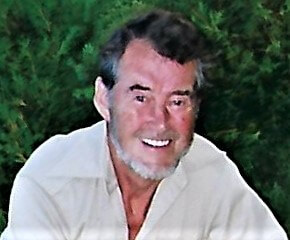 It is with heavy hearts that we announce the death of Frank, after a long battle with Leukemia.  Frank passed away at the age of 80 at Braemar Nursing Home in Wingham.  Survived by step daughter, Tammy White and her husband Jeff and their children Kyla, Madison and Joshua and Frank’s brother, Werner Mark and his family in Germany.  Predeceased by his parents Franz and Irmgard, his sister and special companion Maria who passed away in November 2019.  Frank was born in Iserlohn-Droschede, Germany, after graduating from school, he became a Master Engraver and immigrated to Canada in 1969.  Frank excelled in his engraving profession over the years, he was proud of his work which included the designing/artwork and engraving of well known commemorative coins such as Gandhi, Prince Bernhard of the Netherlands, Olympic coins and also designed the commemorative coins for Expo 67′.  Frank was an avid hunter and fisherman, he could always be found in the great outdoors, this is where he loved most. Frank will be dearly missed. Special thanks to Dr. Marshall and all the wonderful staff at Braemar Nursing Home who cared for Frank during his stay there. Cremation has taken place.  Arrangements entrusted to Grey Bruce Cremation and Burial Services.