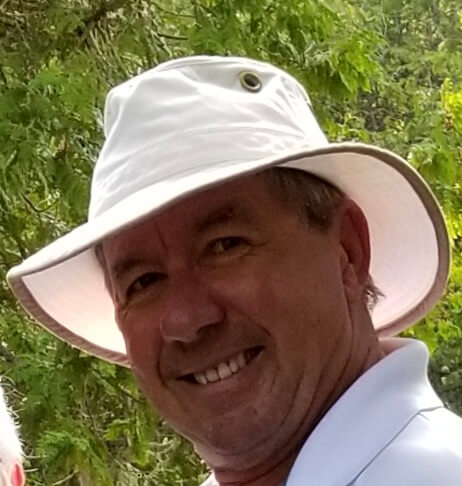 It is with extreme sadness the family announces the death of J. Dean Onucki on June 27, 2020, at the age of 61. Dean passed at home surrounded by his wife, family and close friends. He was born on March 13, 1959 and raised in Timmins, Ontario.  Dean had a successful career as an Insurance Adjuster, starting in January 1980. He later owned and operated Chenier & Associates Insurance Adjusting for 21 years and retired in February 2017. He served Northeastern Ontario and the James Bay Coast. He was the municipal Adjuster for the City of Timmins, Towns of Iroquois Falls, Hearst, Moosonee and Cochrane. He enjoyed cottaging at Little Star Lake, Gibson Lake and lived at Kamiskotia Lake for 11 years. Later to settle on the shores of beautiful Lake Huron in Southampton with his wife Rosie. Dean was a fun loving guy with a giant heart and known for his great sense of humor. He touched many lives, always looking on the brighter side and seeing the good in anyone. Dean was happiest on his pontoon boat at Kamiskotia Lake… many a good times were had on that boat. He loved spending time with his grandchildren, often finding creative ways to entertain them and make lasting memories. Always shouting “VICTORY”… arms held high in the air with joy when he beat them or outwit them in some way.  In November 2018, Dean was diagnosed with cancer. He underwent several radiation and chemotherapy treatments. He was so brave in his fight against cancer. He fought with such a positive attitude and determination… a fighter till the very end. I admired him for his strength. I will miss watching his open arm greetings to friends saying “Bring on the love” his “Dean factoids”, our adventures, our chats and hearing “Good morning Sparky “. He put a smile on many faces. He will be missed by many but never forgotten. Dean is survived by his wife Rosie Onucki, son Benjamin Onucki (Amanda), brother Bob Onucki (Cheryl), and sister Joanne Poirier. Predeceased by his parents Joseph and Anne Onucki and brother in law Rolly Poirier. Missed by his stepchildren: Ashley Shepherd (Kendyl), Dean Gattesco (Lori) and Blake Gattesco. Adored by his loving grandchildren: Jackson and James Gattesco, Kash, Knox and Keira Shepherd. Loved by his nephews and nieces: Chris (MaRee) ,Jonathan Poirier, Dana Hill (Cory), Justin Onucki (Corrine) and Jason Onucki. Admired and respected by his life long friends: Alan Monette and Tom Rowe. A special thank you to my sister Karin Swain (Deans PSW 2) and our daughter Ashley Shepherd for all their strength, love and support through these tough times. A celebration of life will be announced at a later date. In lieu of flowers, we ask that donations be made in memoriam to the Saugeen Memorial Hospital Foundation (smhfoundation.ca/in-memoriams/). Online condolences may be made at greybrucecremation.com.