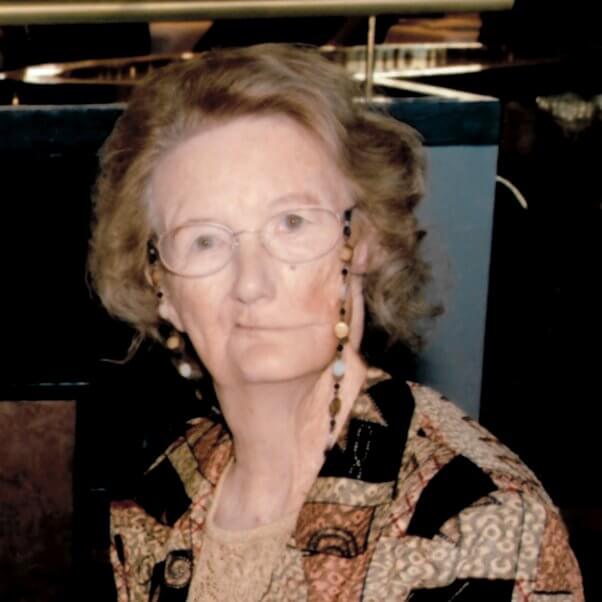 Born in Epsom, Surrey, 20 miles south of London, Amber was the eldest daughter of Frank and Dorothy Gritton. She is survived by two sisters: Beryl Homan of Surrey, UK and Coral Chapman of West Sussex, UK .

Amber attended Public School in Sutton, UK and was a frequent participant in the cultural and educational offerings of the City of London. Early interests were in a variety of sports, with a highlight being a “ballgirl” at Wimbledon, as well as United Nations activities which included participation in conferences in Europe.

At eighteen she took employment with Kellogg International as secretary to the Manager of Design Engineering. This led to her accepting a position with the company in Toronto, Canada, for a time, but she then moved to Shell Canada in Toronto and on to Shell Caribbean Oil in New York.

Marriage to a Canadian marine officer, Stanford James Armitage, now deceased, led to the birth of her son, Phillip Stanford Armitage (now of the Walters Falls, Grey County, Ontario locale), and the raising of a family in Toronto. During this time she earned professional standing as a teacher and a Master’s Degree in Business Administration from the University of Toronto

Eventually she re-entered academe as Registrar of the Faculty of Management Studies, University of Toronto, but moved on to the Ontario provincial civil service to pursue her interest in public affairs. From 1976 to 1993 she worked in senior positions at The Ministry of Consumer and Commercial Relations, Management Board of Cabinet, Ministry of Economic Development & Trade, Ministry of Natural Resources and the Ministry of Colleges & Universities.  As Executive Director with the Ministry of Economic Development, Trade and Tourism, she was responsible for the administration of over 30 offices worldwide.

With the passing of her husband, she moved to a farm in the Walters Falls area of Grey County, Ontario where she ran a Simmental cow/calf operation. During the last 25 years of her life she found time to be a lay minister, a management consultant, a participant in local theatrical endeavours, a snowbird calling Harlingen, Texas home during the colder months, and an avid traveller. She kept up a network of friends from her schooldays and would become coordinator of alumni affairs for all expatriate alumini in Canada for over fifteen Girl’s Public Schools, many from the London, UK area.

During her last days, her final requests were that she be kept warm until the end, and then interred next to her husband, Stanford James Armitage, whom she has missed since his passing in 1996. With family and friends spread so far apart, and current COVID restrictions, there will not be a service. Her remains are to be interred at St. James Anglican Church, Fairmount, Cemetery.