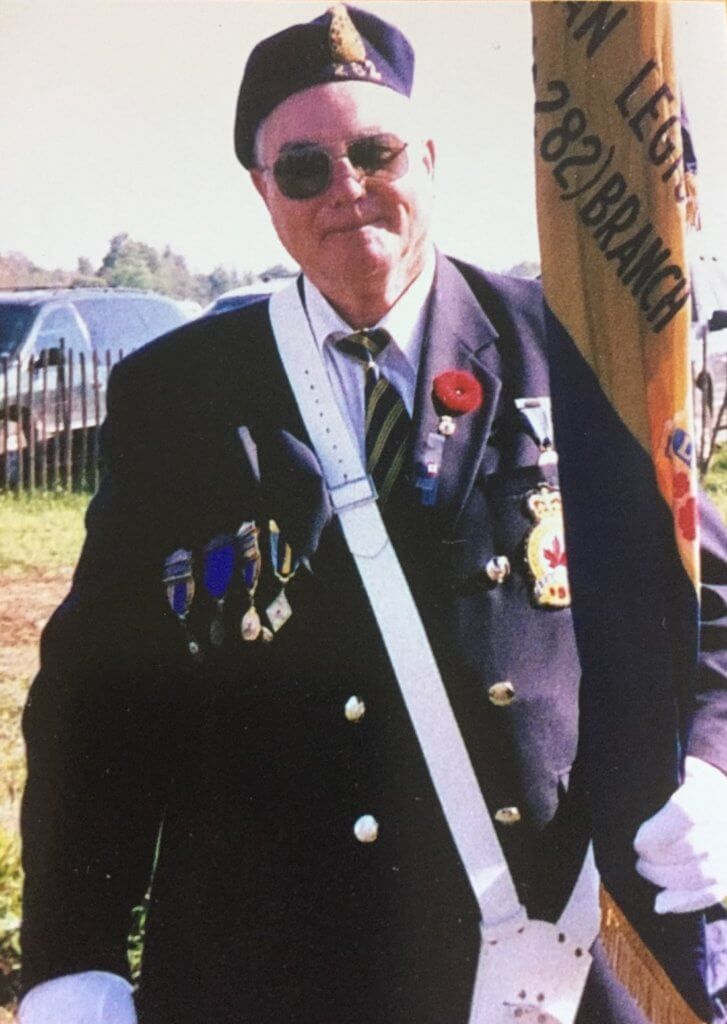 Garnet was a passionate supporter of the Veterans Community, a lifetime member of the Royal Canadian Legion and a decorated veteran of the Canadian and UN Forces during the Belgium Congo Conflict.  Notably, Garnet worked ardently in later years to help other veterans obtain assistance and benefits as well as visiting school children during Remembrance Day functions.

He will be missed by all!

As per Garnet’s request, there will not be a funeral service.  A celebration of his life will be held at the Royal Canadian Legion, Branch 383, Tara on Saturday, May 9, 2020 from 1 – 4 p.m. (cancelled – to be rescheduled).

In lieu of flowers, donations to the Royal Canadian Legion, Branch 383, Tara or the Heart and Stroke Foundation would be greatly appreciated by the family.