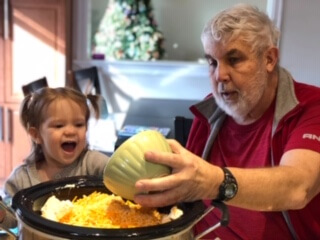 It is with great sadness that we announce Don’s passing. Don passed away peacefully at home, surrounded by his family, on Thursday, July 30, 2020.  Don was born in Brantford, Ontario, on November 19,1953.  He was in his 67th year.  He leaves his wife of 42 years, Marion (nee Schroder), his son Grant (Stephanie) and his grandchildren, Mackenzie and Zachary of Burlington, his sister Wendy McFarlane (Malcolm) of Tavistock, his nephew Dan (Rachel) of Waterloo, his niece Jenn of Kitchener, and his mother-in-law Margarete Schroder of Queensville.  He was predeceased by his parents, Robert and Joan (nee Ruhl) Gibson of Stratford.  Don was an accomplished Mechanical Engineer who could explain how almost everything worked.  Sometimes his explanations were so long and detailed he left us begging for less information.  He began his career at Ontario Research Foundation in Mississauga where he designed the first solar testing facility for the National Research Council.  In 1985 he accepted the position of Chief Engineer at Parker Hannifin Canada in Owen Sound.  It was after Parker Hannifin closed its Owen Sound factory that Don found his true calling and began teaching at the Owen Sound campus of Georgian College where he was still employed at the time of his death.  Don had the life he wanted.  He had three great loves in his life: his family, his students, and boating.  Don was a wonderful father and was extremely proud of his son.   He was the consummate Swim Dad and was the Roadie for the West Hill stage and jazz bands during Grant’s high school years.  He adored his grandchildren and didn’t hesitate to inundate friends and coworkers with photographs, videos, and stories.  Don was a devoted teacher and spent as many hours as necessary providing individual instruction to students who sought his help, even to students in other disciplines.  Don had a life-long love of being on the water and owned many boats throughout his life.  His first love was sailing but when time or health were not conducive to sailing he happily condescended to becoming a power boater.  Some of his best friends were fellow boaters.  Don volunteered at the Owen Sound Y for over 25 years and served a term as Commodore of the Georgian Yacht Club after serving on the Board of Directors for many years.  Due to Covid-19 there will be no funeral.  The family is planning to hold a Celebration of Life when larger gatherings are deemed to be safe.  Messages of condolences may be made at www.greybrucecremation.com.