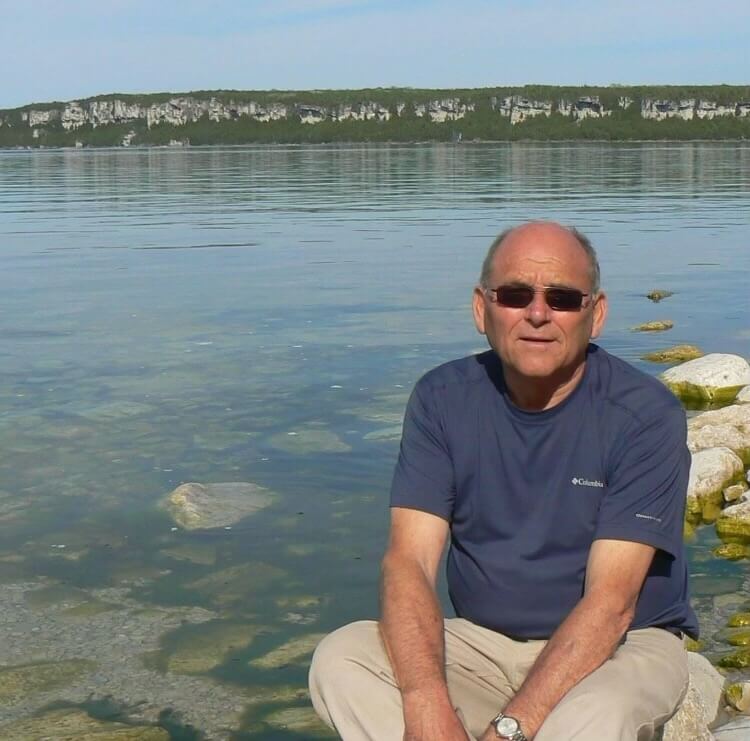 Peacefully in his 76th year at the Grey Bruce Health Services, surrounded by his daughters.  George was a lifelong educator, teaching at Victoria Public School, Dufferin Elementary School, and Principal at Hillcrest Public School.  George was an active participant in the Teacher’s Federation and volunteered many hours on various community boards and committees since his retirement in 2001.  An avid golfer, George could also be seen walking for hours around Owen Sound.  He loved the Bruce Peninsula (especially Lion’s Head), spending time with his grandkids, Maureen, and his beloved pup, Ceilidh.

George Mackowski of Owen Sound, loving partner to Maureen Alguire, predeceased by wife Trynie Mackowski.  Father of Lisa (Herman) Reinders of Cambridge, Catherine Mackowski of Toronto and Christina Mack of London.  Grandfather of Philip, Grant and Isabella Reinders, loving Bumpa to Sophie and Charlotte Milner, and William and Kate Godbolt.  Also survived by brother Walter (Carol) Mackowski of Owen Sound, sisters-in-law Margaret of Scotland, Stein Nusselder of Kitchener, Rolina (Henk) of Dunnville, and Ena De Haan of Exeter, brothers-in-law, Bob (Trudy) De Haan of Grimsby, and Harold (Betty) De Haan of Hamilton.  Predeceased by brother David Rodgers of Scotland, brothers-in-law Hans Nusselder of Kitchener, and Lippe De Haan of Exeter.  According to George’s wishes, cremation has taken place and a Scottish wake celebrating his life with loved ones and friends will be held at a future date, once restrictions are lifted.  Donations to the Salvation Army Food Bank would be appreciated.  A special thank you to Dr. Newton and the staff on 6-2 at the Owen Sound Hospital for their kind and compassionate care for Dad and his family during these unprecedented times. Arrangements entrusted to Grey Bruce Cremation and Burial Services.